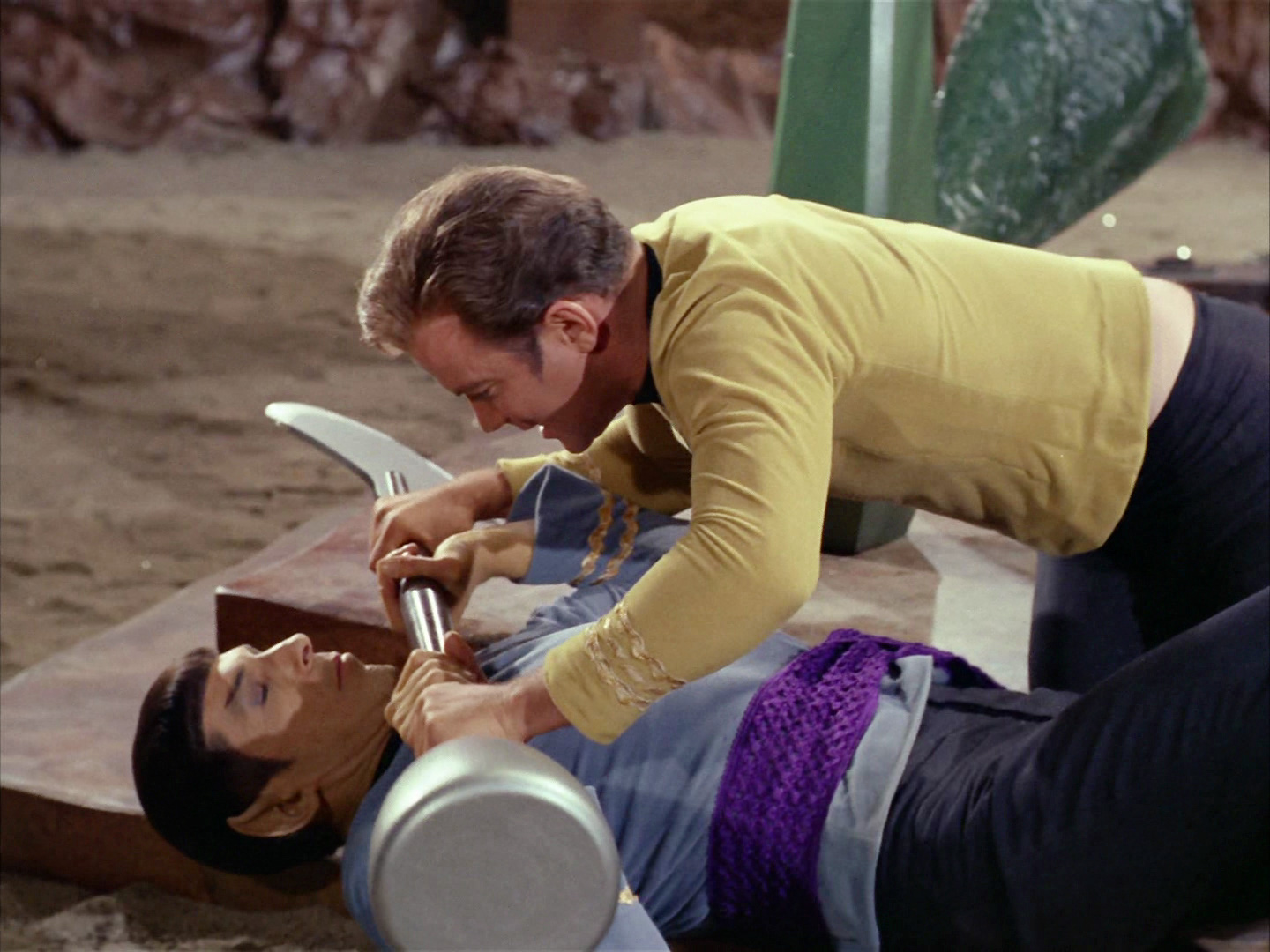 Star Trek barely staved off cancellation, but got renewed. Most TV shows that get a reprieve and see a second season might get retooled and become worse off and then lose their popularity very quickly. In the case of Trek however, thank goodness, it did not.

The cast and crew deserved to have a few weeks off in between the two seasons, and they returned in May 1967 to being filming the second season. When it came time for all of their hard work over the summer to finally be seen on NBC, the powers that be had several excellent episodes to draw from, in my opinion.

Of all of the episodes, I think they picked the best one of the whole lot, “Amok Time,” to open the broadcast schedule on September 15th, 1967.

The story revolves around Spock, betrothed to a Vulcan woman named T’Pring at the age of seven, having to return to his home planet to answer his mating call, known as Pon Farr. He has to fight Captain Kirk to the death in a very memorable combat sequence, known not only for the visuals, but also for Gerald Fried’s awesome music.

This episode embodies just how wonderful the characterization and the concept of Star Trek is so unique in its own regard. I always put myself in Kirk’s place in this show, trying to think of “What would I have done?” In every instance, I wouldn’t change a decision he made. Spock is not only his First Officer, but his friend, and deserves more than to just be brushed off by the service because of some diplomatic mission. It’s not that easy for most people to put their career on the line for the sake of one individual, but Kirk doesn’t care. He shouldn’t care.

One plot element that makes a brief reappearance here is Nurse Chapel, played by Majel Barrett, and her affection for Spock. She tried to give him some Plomeek Soup (a Vulcan delicacy) at a couple of points. I am surprised they never explored that plot point more in future episodes, but then again, as NBC had a long standing disdain for Barrett in the first place, I can see why they didn’t.

The thing about this episode that immortalizes it for me, and for many others, is the aforementioned music score by Gerald Fried. How many TV scores that you know of are quoted in other movies? I am referring of course to the ubiquitous fight music from Act Four. It was quoted in the comedy movie “The Cable Guy” by Jim Carrey during a scene set in a medieval themed restaurant. The guitar-based theme for Spock just embodies the spookiness and logical aspects of his character so, so well. It fits like a glove. I couldn’t imagine this show without that score. Rip it away and you have only half of the story.

As I said before, this was the perfect show to open the season. This episode surely would make me and the rest of the audience feel for 100% certain that the letter writing campaign to save the show earlier in the year was worth every effort.

Next week: Greek salad, or gods, take your pick…