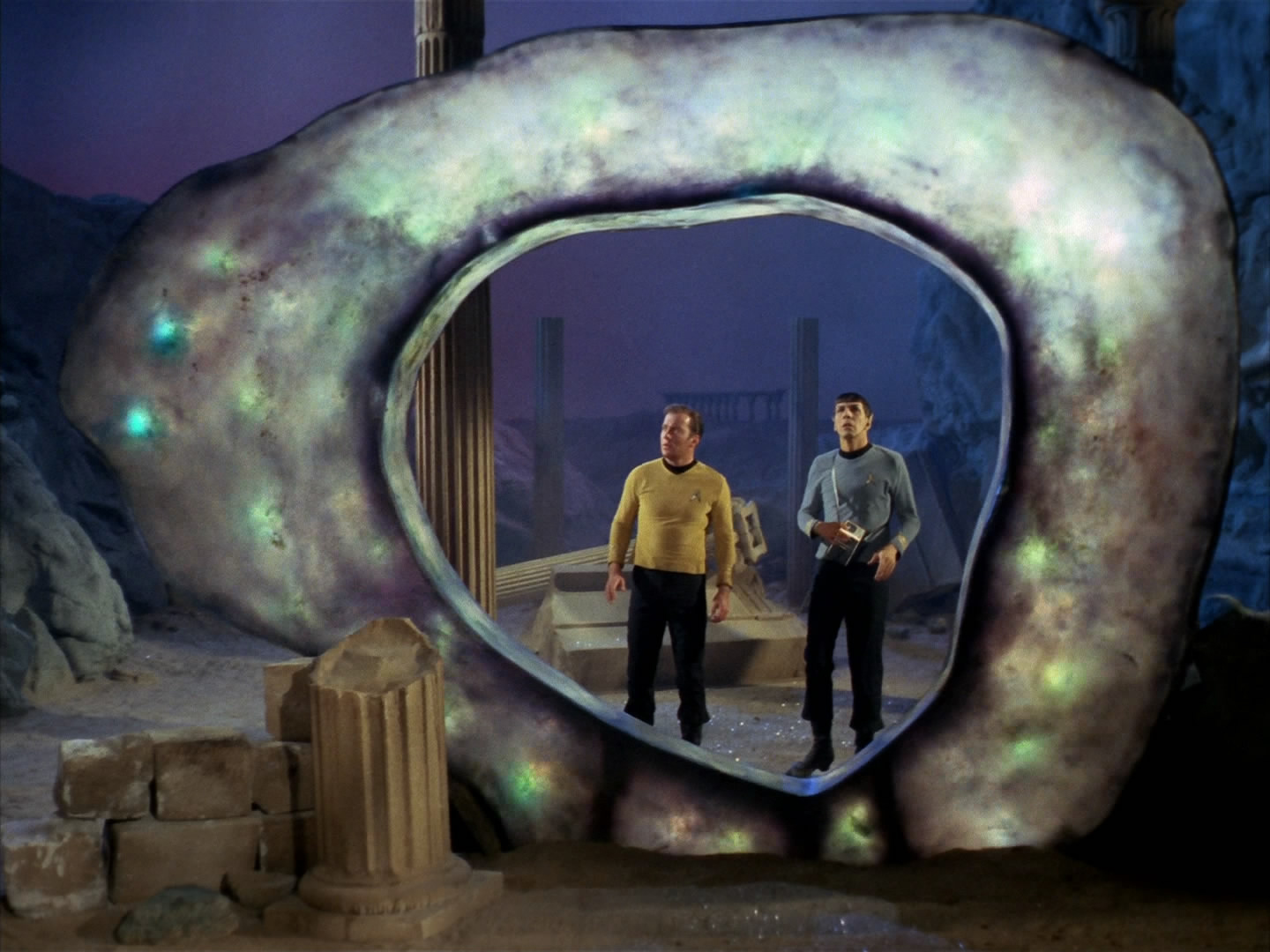 It goes without saying that “The City on the Edge of Forever” is and always has been my favorite Star Trek episode.  There has never been any question of that.  But what makes it so great?  My review this week will attempt to explain why *I* think so.

The story is and of itself a great premise.  I say this of the finished episode.  There has been lots of articles and books written about the writing process of this episode.  In case you don’t know, the story idea was being worked on way back before the first season actually began filming.   The story was written, and rewritten, and rewritten again before we ended up with was was telecast 50 years ago on April 6th, 1967.

I must say, it was a true classic on the first viewing.  It remains a classic today for me and many others for one simple reason: it is deep.  The characters are so good in this story.  Kirk in love where he shouldn’t be.  Spock being the voice of reason he always is.  McCoy is the “random element” (as Spock puts it at one point), and Edith Keeler, played by the always dynamic Joan Collins, is a wonderful, fascinating, dynamic character. She is one of the best characters in any Trek episode.

The Guardian of Forever is a character in this too.  This mysterious portal of a long dead civilization that is the catalyst for the problem in this story is so fascinating.  I wish they would have found a way to do another story or two with the Guardian being possibly utilized in a more planned fashion that what happened here.   I know there is an episode of the animated series (“Yesteryear”) and several Trek novels that have explored the possibilities of the Guardian.  Honestly, I never read many Trek novels, although I do own a copy of the novel “Imzadi” where the Guardian is used by Riker to travel back in time.

The climax of this episode is so riveting.  I have never watched this episode and have ever felt anything but tense and shocked by the decision that Kirk had to make to restore history to what it should be.  Just watch this clip.

I don’t know if I could have done what Kirk did given that situation.  It’s tough to make a personal sacrifice like that, even when the stakes of Earth’s future is on the line.  William Shatner plays the scene with all of his great talent.

I just can’t say enough good things about how much I have always enjoyed this episode.  It honestly has always deserved the recognition that it has gotten as one of the best episodes of any version of Star Trek there has ever been, before or since.