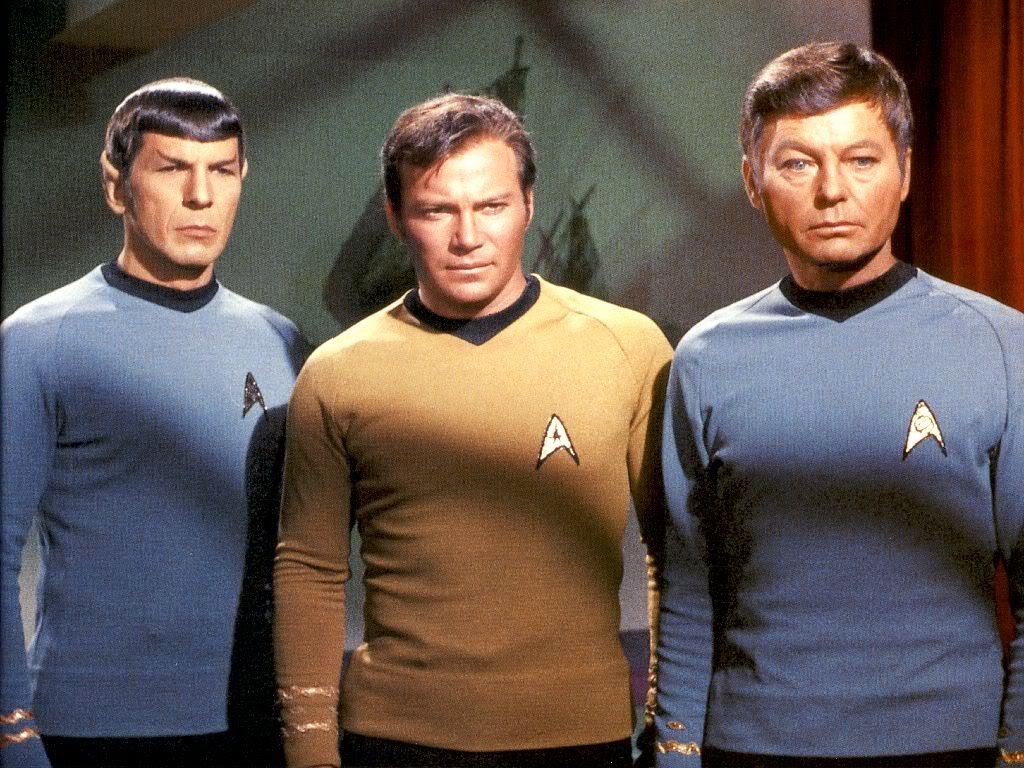 The first season of a television series is interesting.  The characters are new and have a lot of wiggle room for the audience to get to know them as well as the actors who portray them.  The writers, directors, producers and all the people who create the show also have the same challenge of trying to bring to the screen an interesting, engaging and dynamic piece of storytelling as well.  Sometimes it works, sometimes it doesn’t.

And then there’s Star Trek.  You see, it’s the show that broke conventional wisdom.  It was classic from the get-go.  It’s not like they had to try very hard to do well.  The characters were very strong and fresh from the moment they first called “Action!” on the set.  True, the writing may have been a bit suspect at times, but every story had one thing going for it:  it always attempted to be ambitious.

It could be said however that the show had two sides to its season, and it all boiled down to who produced the show.  The first half of the season was produced by the series creator, Gene Roddenberry, and the second half by Gene Coon.  The tale of two Genes has been told in print time and time again, so I’ll save you from regurgitating the background info (go seek out any number of books on this topic if you’re interested) and just give you my thoughts.

You can definitely tell a slight shift in how the characters interacted when Coon arrived.  The one dynamic that Gene Coon brought to the show was the strong bond between Kirk, Spock and McCoy.  That is what I always referred to as the “strong triad” of the show.  If you don’t get that central core relationship right, you don’t have Star Trek.  All of the other themes will naturally fall into place, but what those three do is of vital importance to make any story work.  Look at some of the best episodes, like my favorite, “The City on the Edge of Forever.”  While McCoy make have been doped up on Cordrazine, Kirk and Spock realize that what he did must be corrected, but they never blame him directly for what’s going on.  A lot of TV shows these days would just outright blame him for negligence and make a whole 13 to 22 episode arc out of said negligence.  That’s the reason I don’t get into a lot of new TV shows, by the way.   Where a lot of TV shows fail in my book is that they fail to make me like the characters as well as I like these three.

Before you reach for that comment box, I do watch new TV shows, just the ones with characters I like.

The supporting players are just as vital to the show’s success.  Where else on TV 50 years ago could you see a diverse mix of races all working together on a ship?  Nobody putting the other down or hurling racial epithets at each other?  That aspect was truly ahead of its time.  Sadly, however, in 2017, that kind of acceptance and collaboration is still a challenge for a lot of people.  We all need to work together and treat each other equally, especially now.

You can’t think of this show without thinking of the massive fan support that was generated.  I do think that the network brain trust at NBC certainly was not expecting the massive letter writing campaign that they got to protest the rumors that Star Trek might be cancelled.  I do applaud them for taking the step of not only renewing the show, but making an on-air announcement to such (during the closing credits of “The Devil in the Dark” on March 2nd, 1967.)  I know that if I were around then, I would probably be devouring any information I could find about how to join a fan club and probably writing a letter as well to add to the mass protest that ultimately saved the show from cancellation.

Put simply, what a season!  The first season of any show is the most interesting one in my opinion.  It always is and always will be true.  I firmly believe that.