As I noted last year, Knoxville TV screens did not get to see the adventures of Captain Kirk, Mr. Spock and the USS Enterprise in its maiden voyages on the NBC Television Network.  The program director at WATE (then the NBC affiliate) did not think Star Trek would do well on Knoxville TV screens.  They opted instead to show reruns of Rawhide, a very popular western.  Like a lot of things, times change, and in this case, one year might have made a difference.

It’s well documented that Star Trek barely staved off cancellation in the first place.  NBC itself was inundated with letters begging for the show to be renewed.  The network made it official on March 2nd, 1967 during the closing credits of “The Devil in the Dark” with a voiceover informing viewers that the show would continue to be seen on NBC, and to stop writing letters.  Naturally, viewers wrote more letters thanking the network for renewing their favorite show.

I wonder if anyone wrote letters to WATE asking for the show.  I think I can comfortably assume that there might have been some, but not enough to change anything.  Certainly there were protests that WATE was not carrying The Monkees, since WATE started carrying that program in February 1967.  That is an unsurprising turn of events in regards to that show, given the overall pop culture phenomenon that that group carried.

A surprising thing to point out is that the Rawhide reruns that were shown in place of Trek during 1966-67 were not shelved, but moved to Tuesday night, covering up another show, I Dream of Jeannie.  This is interesting, given that the show was very popular with most audiences, it lasted until the conclusion of the 1969-70 season.

Unfortunately, the true answers are lost to time.  Nobody thought to ask the local programming executive at any point in time what they thought about Star Trek and why they didn’t think it would work in this market at the time it debuted.  One thing is for certain, however, when it debuted, TV in Knoxville would never be the same.  I do have evidence to back this claim up, kids.  But that story will be for another day. 🙂 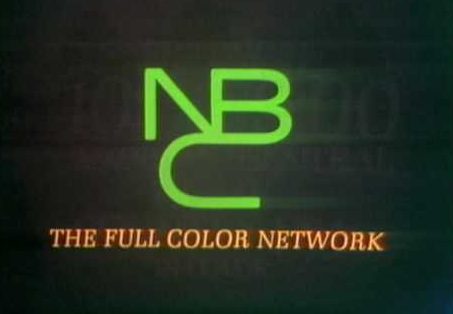 As everyone knows, “Star Trek” premiered on NBC on September 8th, 1966. One might assume that the show debuted on stations from coast to coast. However, as I recently discovered, that was not the case… at least in my current city of residence, Knoxville, Tennessee.

Above are portions of an article that appeared in the Knoxville News-Sentinel on August 28, 1966. The article was looking ahead to the new NBC shows on WATE-TV 6, at the time Knoxville’s NBC affiliate. As you see above, the station’s program director at the time, John Reese, passed on “Star Trek” for the Knoxville market.  The Sentinel’s writer, Frank Weirich, didn’t think much of the show either, calling it a “far-out space thing.”   As you can also see, WATE also passed on “a bit of nonsense” called “The Monkees.”  (Davy Jones and gang finally did appear on Knoxville screens starting on February 6th, 1967 for the final 8 shows of their first season.)

In hindsight it’s easy to see why both of these programming decisions could be lauded as terrible.  However, when you look at the demographics of Knoxville at that time, you can see why the decision was made.  To further prove that point, here is what they aired instead:

Instead, they aired the popular western series “Rawhide,” which aired on CBS from September 1959 to December 1965.  Westerns were very popular with TV audiences, and I can gather from this decision that Reese felt more confident that Rawhide would do better against the other programs, “My Three Sons” and the first 30 minutes of the Thursday Night Movie on WBIR (CBS) and “The Tammy Grimes Show” (which was cancelled after four weeks) and “Bewitched” on WTVK (ABC).

Things would change for the fate of “Star Trek” on Knoxville TV screens.  That story, however, is for another day.