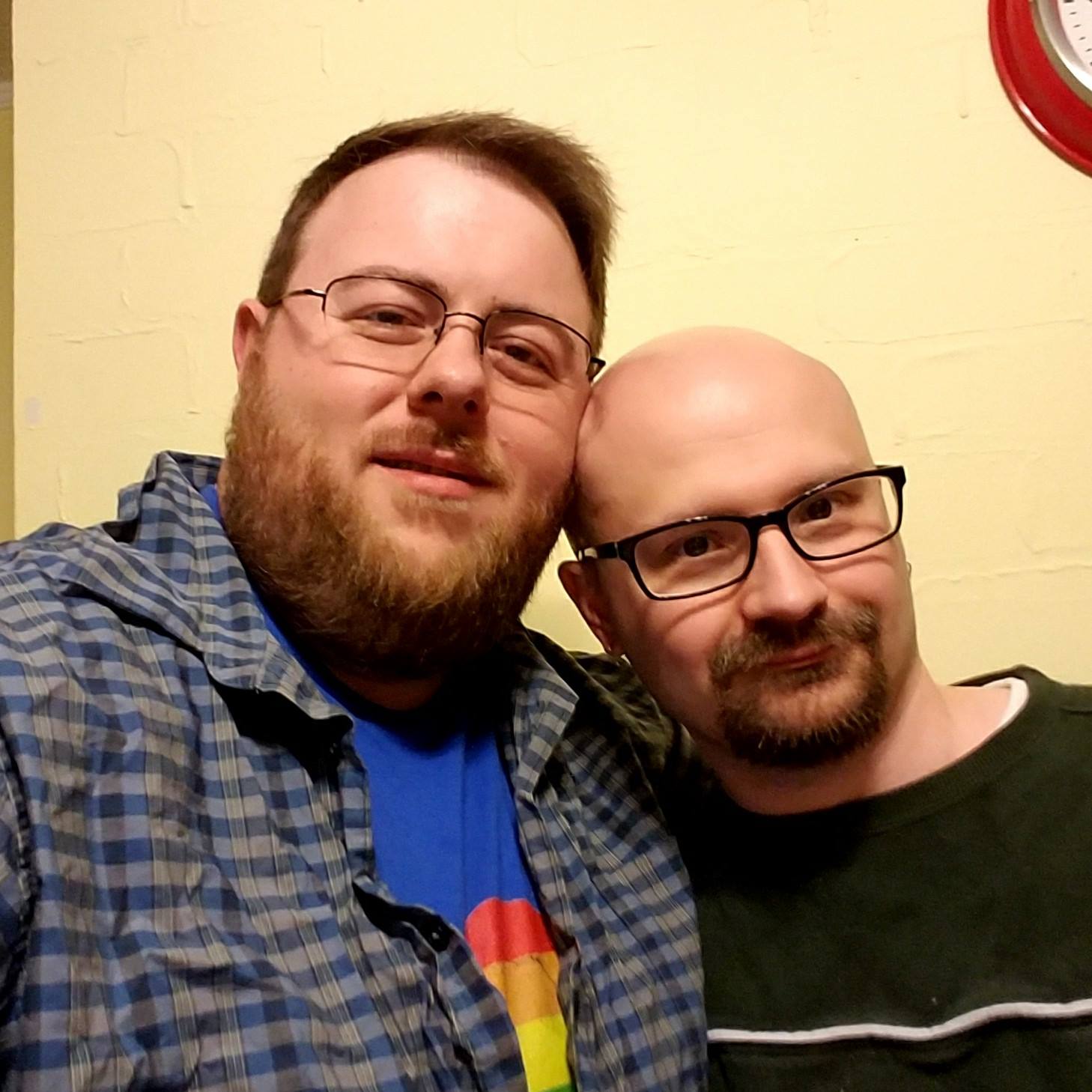 It has been a long time since our paths first crossed. 14 years, as a matter of fact. Can you really believe that is has been that long? Where has all the time gone? It seems like it was only yesterday that we were spending practically every moment out of our college classes together, goofing off, watching old TV shows, meandering about in the middle of nowhere. Enjoying each other and making great memories. Falling in love. I will never forget that first kiss in the middle of a shut down interstate highway. That’s a story for the ages.

I know we have been apart a lot lately. While it has been tough for both of us to love from afar, I still feel your presence by my side every day. When I am having frustrations, I know you are there. You keep me going, you keep me striving to do better, to work harder, to do more.

I know that I am there with you as well. Pushing you to keep going, to do the same. I know how much you have been trying to achieve what you want. I know that someone will see the great potential that you have and give you an opportunity. I believe in you so much that the size of that confidence stretches beyond the limits of this galaxy, and then some.

I could go on forever, but I know how to always sum up our love. It all comes back to our song. We will dance to this song someday. How about on April 17th, 2025?

I love you, Greg Brobeck.

As we approach Summer 2018, we are headed into interesting times in our lives. As I have said before, we have great plans and career goals this year. We shall see how it plays out over the next four or five months.

As one approaches this, however, you constantly are looking back on what you have achieved. I would say that in the last seven and a half years in my current position, I have achieved a lot. It’s too much to go into detail here, but suffice it to say that I am proud of myself. I have grown a lot in my area of expertise.

I am extremely proud of Greg. He is the best. I love him so much and I can’t say enough how proud I am to have him as my husband. He holds me up and keeps me going. Without him, I don’t know where I would be.

I’ll end it on a profound and high note then.

On this St. Patrick’s Day 2018, I wish to document here what I am truly lucky to have.

I am truly lucky to have a great husband who is not only patient with me, but is fun to be around… even after 13 wonderful years.

I am truly lucky to have a great job that I enjoy going to every day.

I am truly lucky to have great friends, both in person and around the world via social media and our YouTube channel.

Most of all, I am truly lucky to have my life itself, which I never take for granted and am always looking to improve. Who knows where that life will be by the end of 2018. I certainly hope that we will have a new and exciting place to call home by the end of this year. Mark my words. We shall see.

Thanks to everyone reading this out there for being such great and awesome people! You rock! 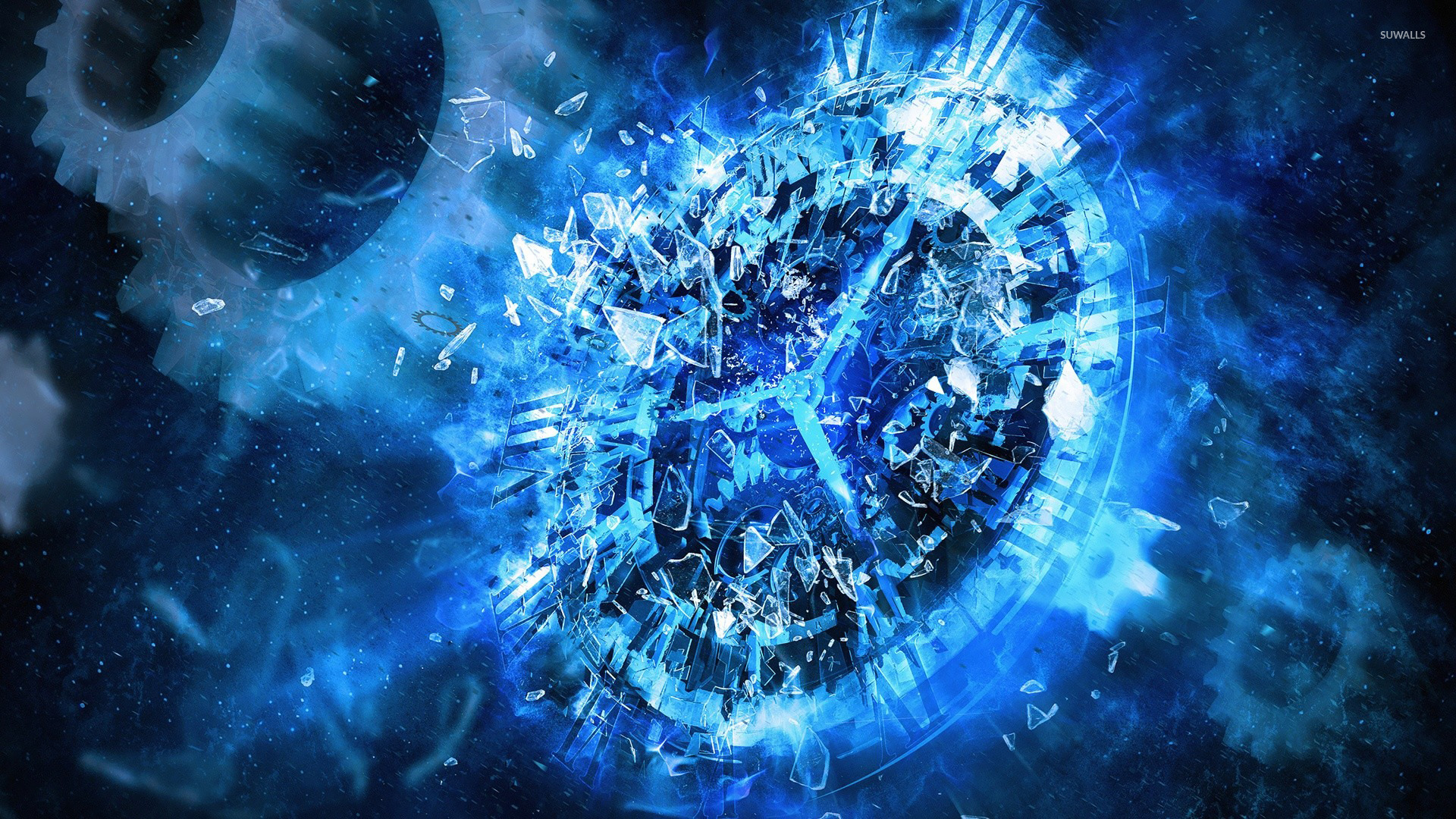 I guess I should update this thing every once in a while, eh?

Vlogging has taken up the better part of the day-to-day life these days. I do seem to be more focused on that than anything. However, with new tools that I have gotten lately, I have come to realize that I could be doing more with this particular blog.

Speaking of the vlog (which is called Nick and Greg, btw, please do go and look) I have new ideas constantly. It’s a blessing, but a hindrance sometimes. Like at this particular moment. It’s 8:10am on Sunday morning, March 11th. I should be in bed, but I am not. Daylight Saving Time started last night, so that’s one less hour of sleep right out of the box. Dammit.

Guess I’d better go get some sleep while I can. 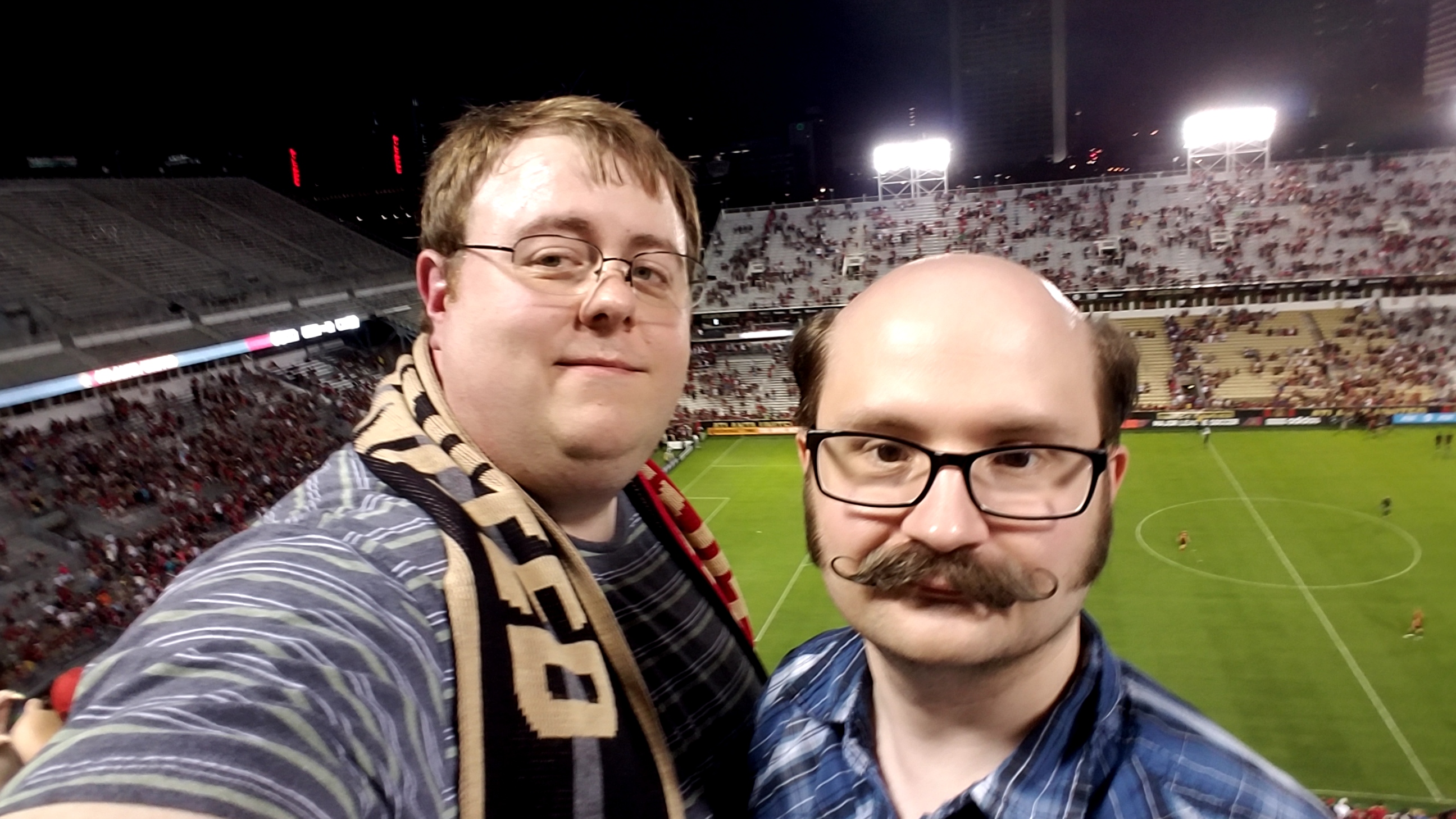 When I decided to start the Nick and Greg channel on YouTube, I told myself that it wouldn’t consume all of my time.  It hasn’t.  But, on the other hand, this blog has suffered because of it.  I haven’t done any Trek Reviews, haven’t even wrote a general thought down here.  So, you could say that vlogging and dwarfed blogging on the totem pole of priorities in my life.

So, since I’m paying for this web space, I might as well at least try to blog again. 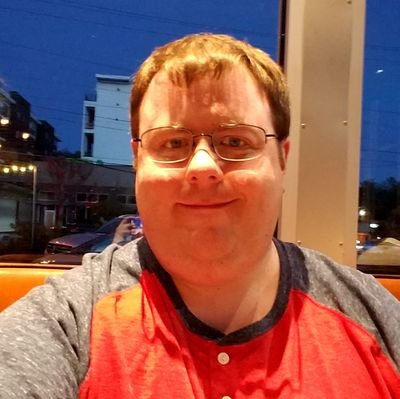 This post put simply is to get down my thoughts on my new focus in life.  I have a new positive outlook on things!  I want to share my story with the world in a way that I haven’t before.

I have a voice, and I intend to use it for the greater good of all that is great and good in this world.

More to come over the coming days.  But, suffice it to say, I am changing every day for the better. 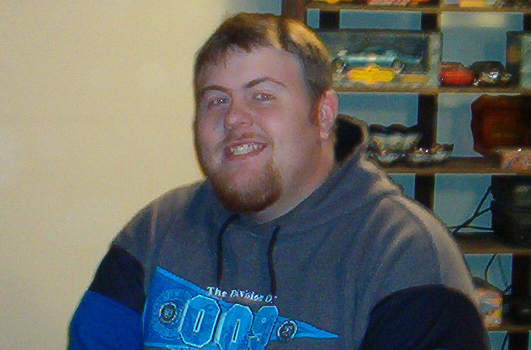 This will be a rather long entry, but I feel like there is a lot of backstory in my life that I need to put on the record:

There was a period of my life that, when I look back on it, could be a dark time to some who don’t know the whole story.  I was out of the closet, but I wasn’t happy with other facets of my life.

I had graduated high school in May 1997 and decided to go to Mountain Empire Community College the next fall.  I decided to major in Electronics.  I didn’t have a knack for the curriculum and decided to sit out the Spring 1998 semester and re-evaluate my career path.  I did not come back until a couple of semesters later and I changed my major to Accounting.  I took it slow and eventually I decided that this wasn’t the major for me either.  I decided after the Fall 2000 semester to take another break from college.  It was around this time that I was trying to sort out my sexuality as well, so that mattered a lot in relation to this decision.

Before I came out, I had decided to work for a while and see where that went.  I had a great job at my hometown cinema, Lee Cinema.  It was there that I met one of my best friends, Brian Bloomer.  We worked well together and made a great team, and he is a lifetime friend.  (We fell out of touch for a while, but we reconnected!)

In 2002, after I had come out to the world, I decided to move to Kingsport.  Here is where what I call my “dark time” began.  It wasn’t 100% dark, but there were challenges to make it so.  As I began to explore dating and finding somebody to love, I met several people.  Most of them ended up being flings and I did end up in a couple of relationships.  I had a job and lost that job (let’s not go back into that again…) as well.

I apologize if that last sentence seems very sordid, but this is an honest blog.

Christmas was not a particularly good holiday for me during this period either.  I lost my father just before Christmas of 2001, and my beloved Great Grandmother on Christmas Evening 2002.  It was a very rough time indeed for my whole family.

In 2003 I moved to Gray and got a job at the major call center there.  (Those of you in the Tri-Cities will know what that is.)  It was around this time that I met two other lifelong friends who helped get me through dark times, Dan Darnell and Jon Hunter.  More or less, they were my buddies that I would go to New Beginnings with just about every weekend.   Dan helped me out a lot when things got really challenging for me, he even let me spend one Thanksgiving at his house when I couldn’t go home to be with my family.  I had a couple of bad bouts with kidney stones around this time, and Dan and his grandmother came and helped me get home from the hospital after the second bout.  I can’t thank them enough for being so helpful to me it a bad time.

Jon is just a friend with a heart of gold.  He would hang out with me when most other people wouldn’t.  He would come and pick me up and we would go to Newbies or Pharaoh’s (remember that place?)

These friends mattered to me a lot, because I was very, very depressed under the surface.   I look back on this entry from June 2003 and it brings back a lot of strong feelings.  I would lay in bed and cry myself to sleep.  I didn’t know where life was taking me at that time and the lack of a meaningful relationship was taking its toll on me.

Fortunately, my friends were there for me, so I rebounded and got my life on track.  I discovered what I truly wanted to do, and set out to do it.  As you can see in the image I chose to accompany this post, in December 2004 I was really feeling better about myself.  And, if I may say so, I was very, very handsome too. 🙂

I don’t have to tell the story of how I grabbed the bull by the horns and got to college, that story was well told on my LiveJournal at the time (which has been preserved here, of course.)

Forgive me for being so reflective, but sometimes one reflects on where they are to remember how fortunate they are.

I have been using my CPAP machine for two weeks now.  Every night seems to be a little better than the previous one.  Most nights so far, I have had to take a pill to help get me to sleep.  Nothing prescription strength, just either Diphenhydramine or a generic Unisom.

Last night, I was finally able to get to sleep on my own without the need of a sleep aid.  I slept for a good 7 hours.  I woke up feeling a little groggy, but otherwise in great shape.

I can’t begin to tell you how much the sleep therapy has helped me out so far.  I’m finally able for the first time in at least 10 years sleep in a bed lying down.  That in and of itself helps me out tremendously to getting my life back on track to where I need to be!

As I continue to get more comfortable with using my CPAP machine, I can only imagine that I’ll eventually sleep a full 8 hours soundly.

Last week, I got my new CPAP machine.  This is taking some getting used to!  The only difficult part for me is getting used to a bed that I am not used to sleeping in.  Believe it or not, that is a big factor in how I sleep.

I think it’s going better with each night.  The machine definitely helps me breathe and keeps me asleep.  I can surely say that it is a great aid in getting me a better night’s sleep.

After I get fully adjusted, I am going to move on to the next challenge of my life:  exercising and losing weight!